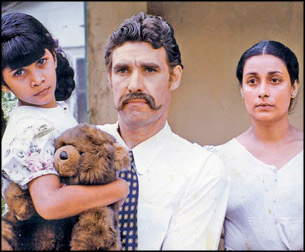 5 Popular Sri Lankan Teledramas According to 90’s Kids. Talking about the list of Sri Lankan teledrama, we could say that the 90s days were the best among other days. The cinematography just makes anything look more interesting and inspiring.

Other than that, technology in those days supported the most decent look of the country that values wisdom, heritage, and anything in a more wonderful way. So, in this article, we have a list of the most popular dramas in Sri Lankan television history. If you are a 90’s kid then you might have known all of these tv shows.

If you have watched all series and shows during the 90’s era, you should have known this series as well. There are four kids born in the same family, have different dreams, live by different rules, and believe in different worlds as well. This series focuses on how these humans fight for their dreams while still living with unconditional love from their parents.

This teledrama is popular until today and many people agree with this statement. A few talents contributed in this drama are such as Iranganie Serasinghe, Lucky Dias, and Geetha Kanthi Jayakody.

The next on the list, we have Kande Gedara. The series is portraying how a family is filled with a bunch of people with different characters who believe in different cultures, values, and so on. The storyline is simply fabulous and relatable while each character in this tv show represents how society in that era and even today. On the other hand, the whole show is entertaining without losing the value in the first place.

Gajaman Nona is an iconic character in the literature world of Sri Lanka and was brought to life in the Sri Lankan teledrama. Gajaman Nona was an alias of Donna Isabella Koraneliya, a lady born in a rich family but her story was not that great for sure.

This lady was struggling financially after getting demised by her husband. On the other hand, those issues made her unable to take care of her kids as well as herself. Gajaman Nona was played by Vasanthi Chathurani who made this character look so real and alive.

The next popular teledrama in Sri Lanka during the 90’s era is Iti Pahan. The series was based on a novel written by Mrs. Sumithra Rahubadda. The story is about a woman who lived in Sri Lanka while the British colonial period was still going on.

Besides the drama, the original soundtrack was pretty beautiful and touching. Of course, a good series would need the right soundtrack so the power of the story can be stronger without even trying.

If you are looking for the Cinderella story, we have Rathu Rosa in Sri Lanka. This one is pretty iconic and took the hearts of the youth at that time. Again, the soundtrack is just great and complements the whole series in the right way. If you are a 90’s kid then you may know the titles in our list of Sri Lankan teledrama.